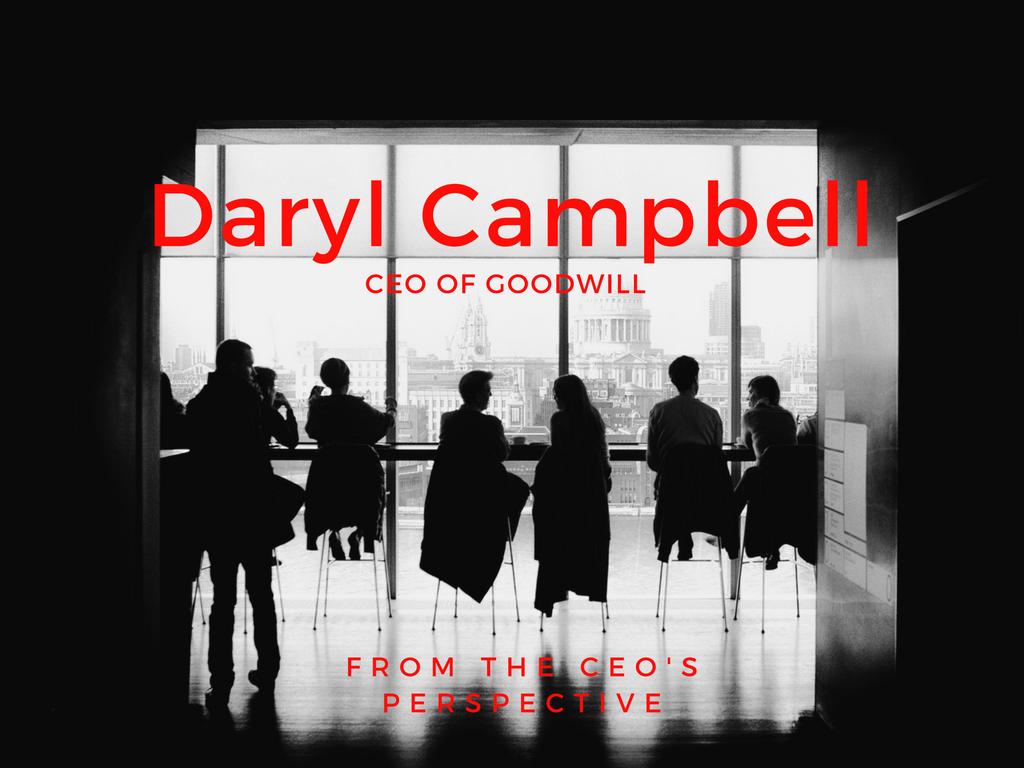 When I talked to Daryl, a lot stood out. Something that stuck with me was the creative logic that came about when he and his friends were naming their boy band. One day, they were down at the marina and they saw a boat. “There were four guys, and the name of a boat was Forvus.” And that became their name. #MoreCleverThanOneDirection

Daryl Campbell joined Goodwill of Seattle in August 2014 as the organization’s new president and CEO. Campbell, who has spent much of the past two decades in various roles at higher education institutions, said the shift to the top job at one of the Seattle area’s most influential nonprofits has been a good one for him. Read more from my interview with Campbell on the Puget Sound Business Journal.