Lesson for Women: #Invite The Men 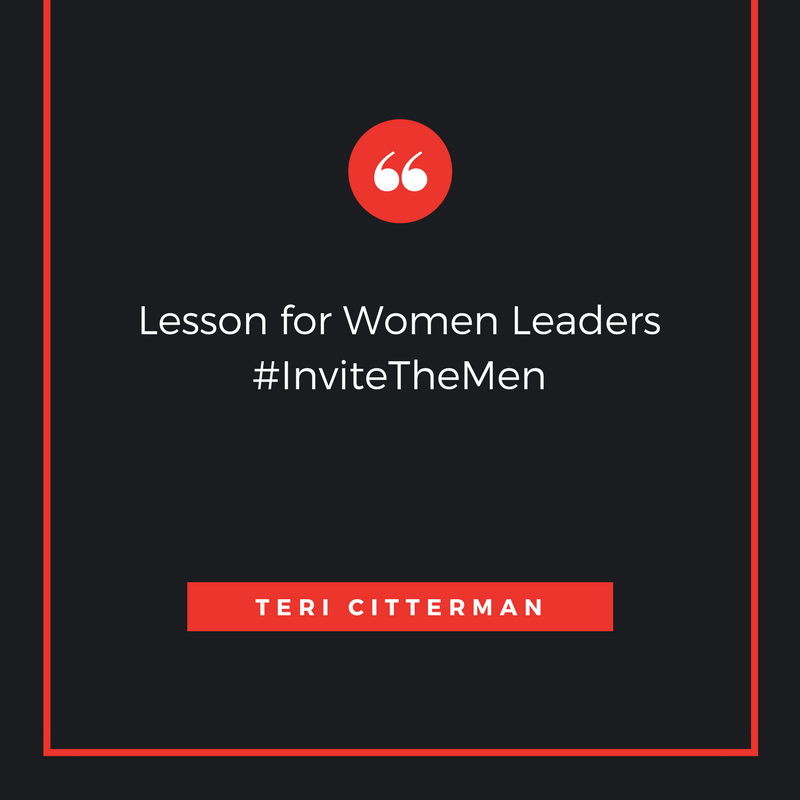 I learned an important lesson at my last CEO forum. I was having a conversation with an influential executive at one of the world’s top consulting firms who uses his voice and influence to promote women. One thing he said that kind of blew my mind was that he felt privileged to be invited into the conversations by women about increasing women in the C-suite and on corporate boards. It blew my mind because it never occurred that men need an invitation – to actually invite men in.

But his response was that he didn’t want to be overbearing or cross a line using his influence. I told him, please be overbearing and cross the lines. That’s what we need. The lesson is that good decent men want to help, and they need our permission to do so give it! Maybe it’s the PTSD of holding the door open in chivalry and getting yelled at for so many years. I don’t know and it doesn’t matter. What matters is this is a really important message for women! #InviteTheMen

This is the “death by a thousand paper cuts” version of sexism that is the air we breathe as women living in a man’s world. I looked around the room. Everyone heard it, and nobody said anything.

The power rests with men, so that’s where the change has to come from.

It’s up to you, decent good men (which is most of you), to speak up when sexist stuff is said.

For a woman to speak up in this situation, and not alienate herself, she needs to walk a knife’s edge: don’t be too upset (you’re hysterical), or tough (you’re “intense”).

Try humor. Say something to make half the room laugh at the offender, but not too hard to hurt the male ego. I waited for my moment, and walked the knife’s edge. Once the words were out, the ice was broken and someone said “I’m so glad you said something”.

Next time, I hope I’ll be the one saying “I’m so glad you said something” to one of the guys.

Thank you Kristen for sharing this important story. #TRUTH