The Changemakers are Men for Women in the C-Suite 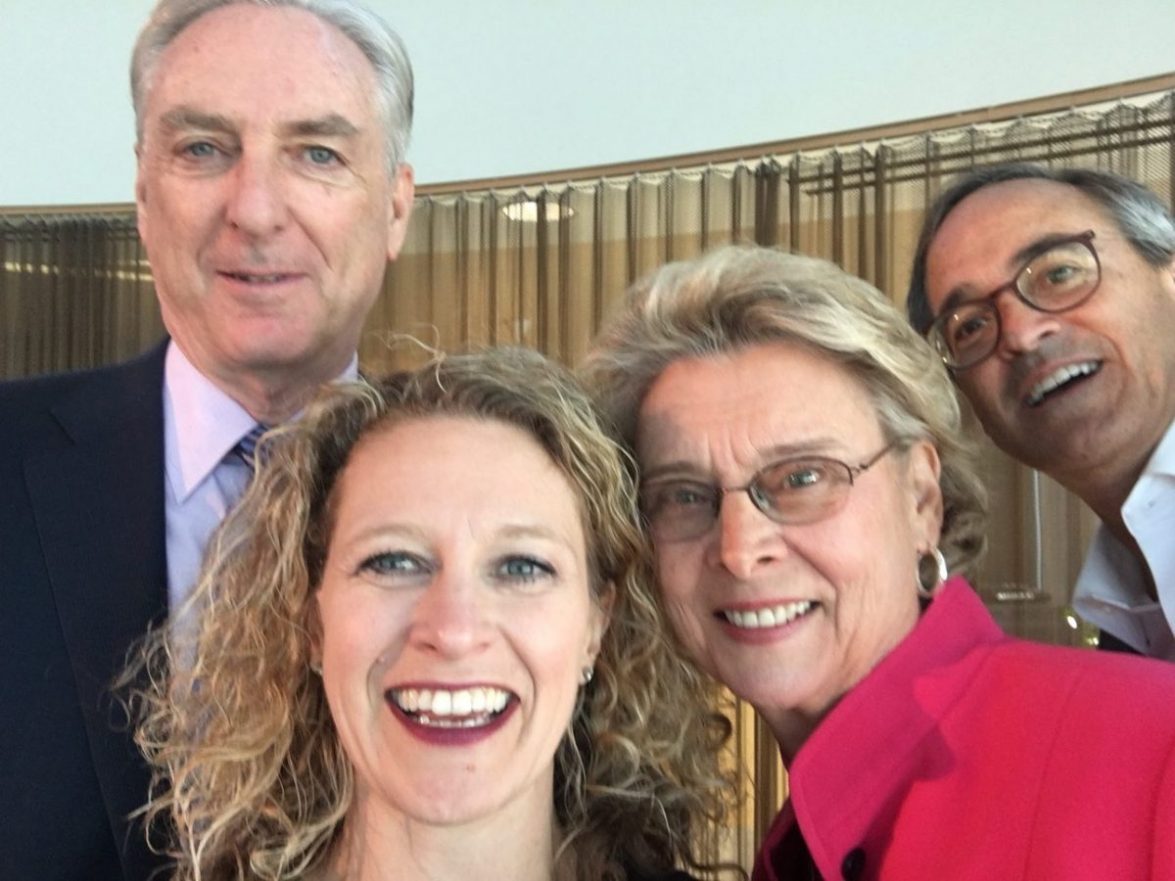 You’ve seen me clench my jaw when I say it: Research says, women will be on parity with men in the c-suite by 2085.  That’s 68 years. Who’s got that kind of time! So what needs to happen? It is so unbelievably simple it makes my head hurt. There are male CEOs who think differently. They are working alongside us to show the value women bring to the boardroom and the ROI that inclusiveness delivers. They are our changemakers.

We need more of them, because there are male CEOs, who have the ability to change things, but don’t have the awareness that things need to change.  That’s a nice way of saying, they don’t want things to change. Their mindset is “If it ain’t broke, don’t fix it.”

The best people to convince these men to change their thinking are NOT WOMEN! They are the CEOs who look like them, sound like them, and think differently; our changemakers.

I moderated a panel of ferociously passionate CEOs on gender intelligence. It was powerful. I wish you all could have been there and the videos will be up shortly.

Women need to find other women and ask them about their perspectives, challenges, and secrets to success. @GovGregoire #CCATEOpov

Ed Thomas of @Deloitte is focusing energies on getting more women on high paying boards. Starting to see progress on placement. #CEOpov

When @GovGregoire looks at what governors do after their term- Male govs are recruited to serve on high paying boards. Female govs recruited for volunteer boards. #CEOpov

Male sponsorship is crucial for promoting women in the workplace – says Ed Thomas of @Deloitte. I couldn’t agree more. #CEOpov

“I would ask Ghandi out to dinner and ask him about what he thinks of our political climate” – Gary Kaplan, @VirginiaMason #CEOpov

“I have to be myself – I’ve been told I’m too tough or not tough enough.” @GovGregoire #CEOpov

“Men will say I’m gonna go for it! And women will wait to be qualified for it. Women need to change mindset.” @GovGregoire #CEOpov

“If we’re talking about quality of opportunity, it’s about building a step for someone whose shorter and lift them over the fence” @Deloitte #CEOpov

Ed Thomas says the goal is synergies of different viewpoints and getting them together – inclusivity. @Deloitte #CEOpov

“I want women on paid boards…they ought to be given a shot. I’m going to fight for it.” -@GovGregoire #CEOpov #wtcse

“Just the discussion of quotas has led to more women being put on boards.” @GovGregoire” I think it can play a role in breaking down real barriers.” – Gary Kaplan of @VirginiaMason #CEOpov

I think these conversations are the right things. Data shows companies do better with enhanced diversity. #CEOpov

72% of @VirginiaMason employees and 60% of executives are women, according to Gary Kaplan. #CEOpov

About to dive into the fascinating topic of Gender Intelligence. What do you think contributes to the gender gap in leadership? #CEOpov

“As a leader, it’s very important to remember the importance of diversity.” -Ed Thomas @Deloitte #wtcse

When @GovGregoire looks at what governors do after their term- me. serve on high paying boards, women serve on volunteer boards. #CEOpov

“I have to be myself every place I go, that helps me be a successful leader.” -@GovGregoire #CEOpov #wtcse

What are the blind spots men have in promoting women? “The old stereotypes still exist today” says @GovGregoire

I came back to hiring officer and he said “we just hired our first token and we don’t need another one but when we do I’ll let you know” He taught me a lot. And I thought I won’t let that happen again. So I went to law school” – @GovGregoire #CEOpov

Choose mentors you admire; it isn’t a gender issue. Have multiple mentors, both male and female. @GovGregoire @CEOpov @WTCSeattle

“I think we have to be vigilant. Take steps specifically to promote women.” -Gary of @VirginiaMason

“When I sponsored women, women came out seeking promotions, when they wouldn’t have for male leaders” – @GovGregoire